Curious about our Process?

I don’t consider myself one to closely follow trends. I pay attention to what’s going on out there, and clearly, I’m up to date but each of my clients have their own individual style and designing to the “moment” has never suited me. At least, that’s what I thought I thought until I saw what was going on in the design world, and if getting in on some of that action means being trendy, sign me up!

Let’s start with wood beams. These aren’t something I would necessarily place in the trendy category – seeings how the pilgrims had them – but lately they have been springing up in the coolest ways. I’ve seen them in new builds, old builds, and installed in remodels of boring 80’s homes that previously had no character. While I would usually say beams are better in high ceiling homes, you can see from the kitchen below that even though they are a massive presence, they don’t overwhelm. 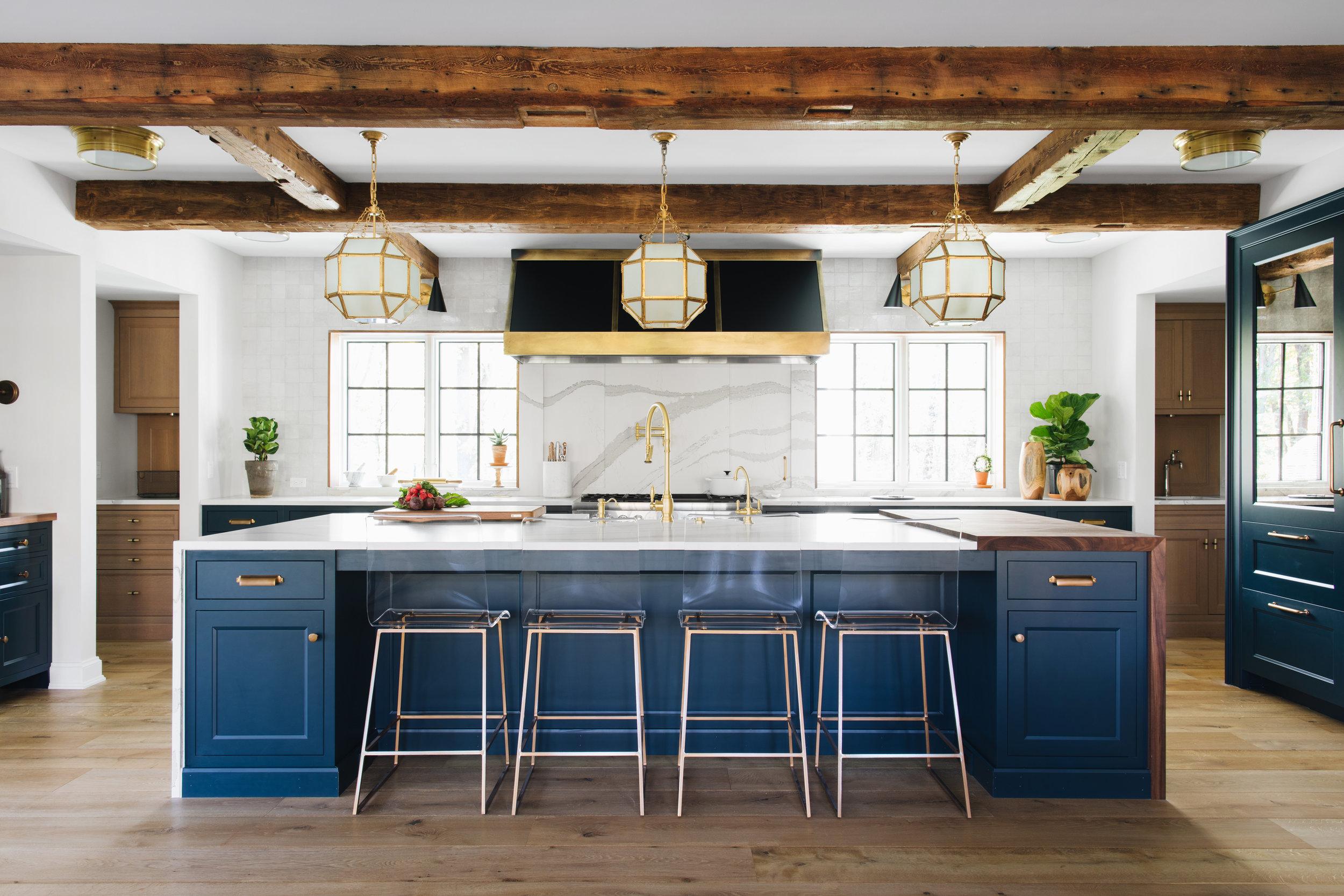 I like the way the wood beams in this space act as an accent wall. The entire house isn’t finished with wood ceilings so the spaces that do have them really pop. 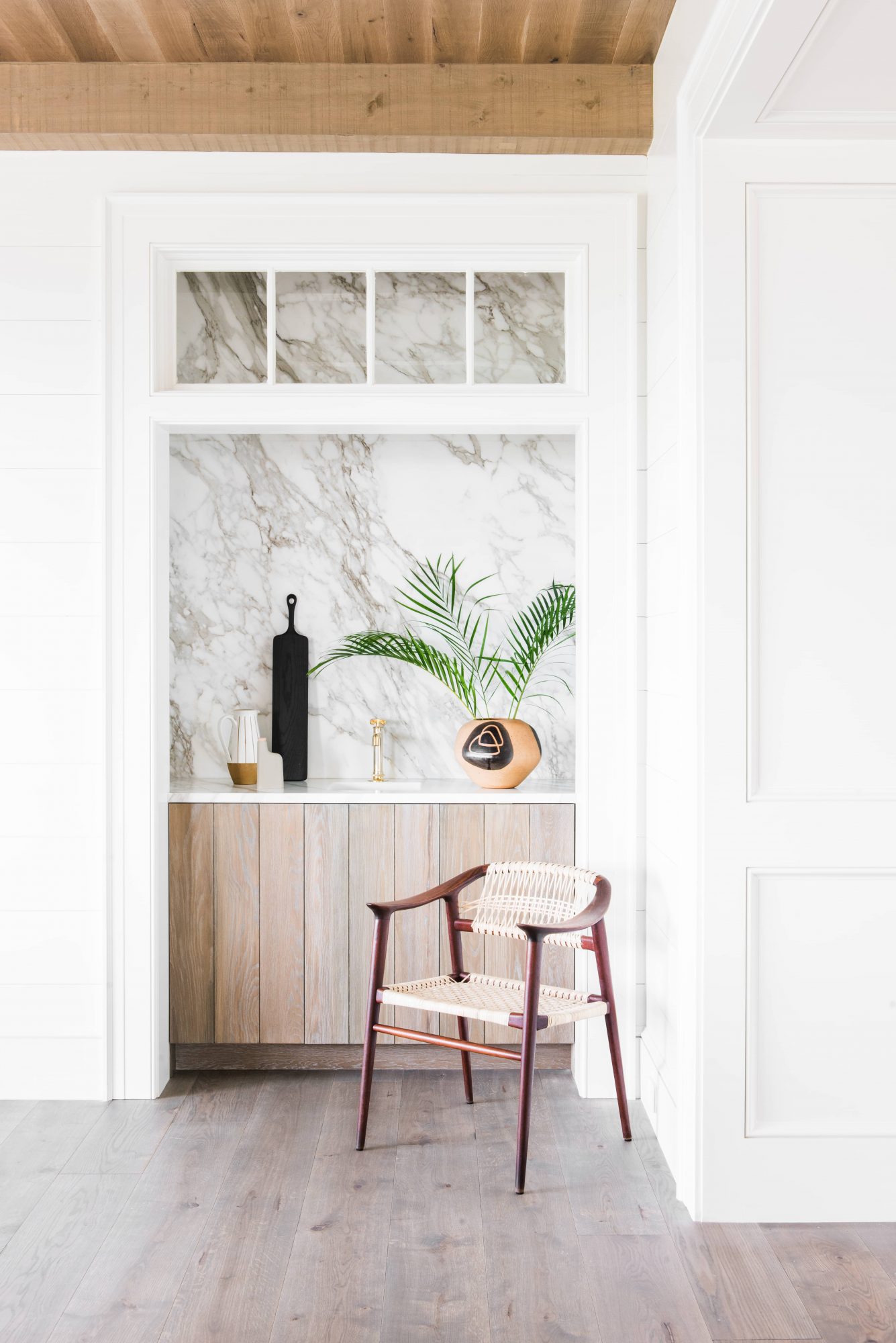 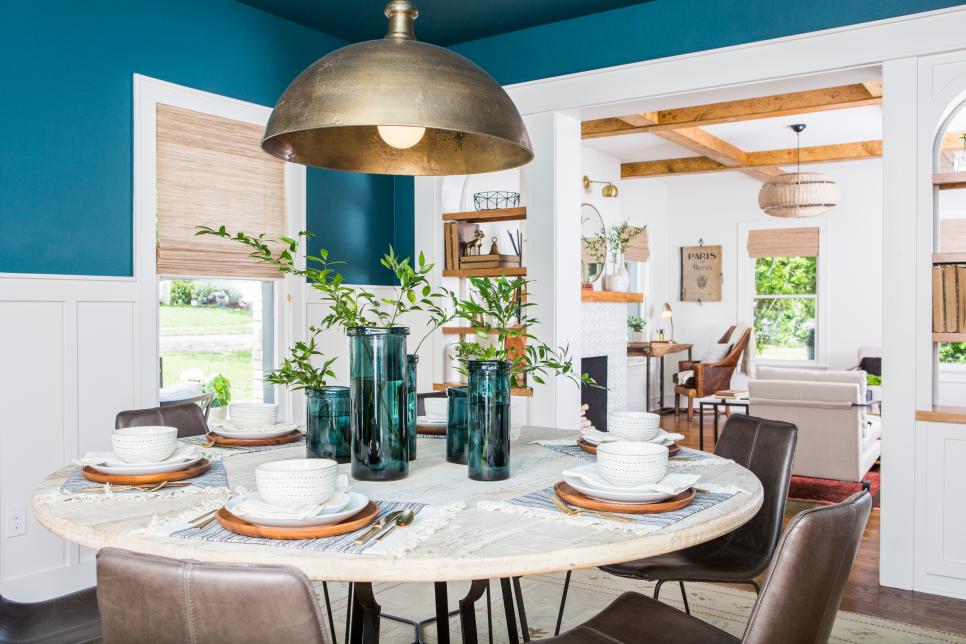 Painted ceilings are having a major moment right now. Mostly, what I’ve been seeing is the trend to carry the upper half of the wall color onto the ceiling. And me likey. Wether it’s tile or wainscoting that acts as the lower half of the wall, when the upper wall paint color continues to the ceiling, the room looks so much more dramatic. And bigger, actually. 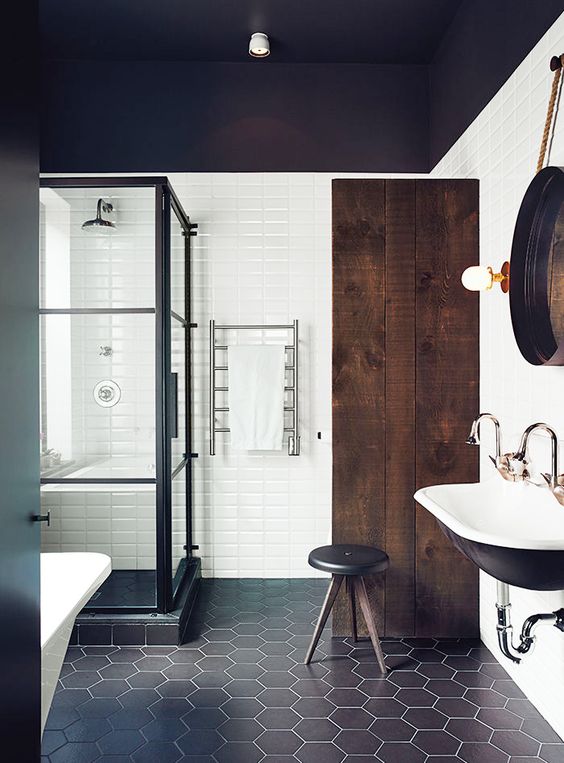 I love this idea. It shows how a little paint in the right place can make a huge difference. Following the blue on the door up to the ceiling adds a ton of character and this is a great idea for paint-o-phobes because it’s a small commitment that will be easy to change down the road. 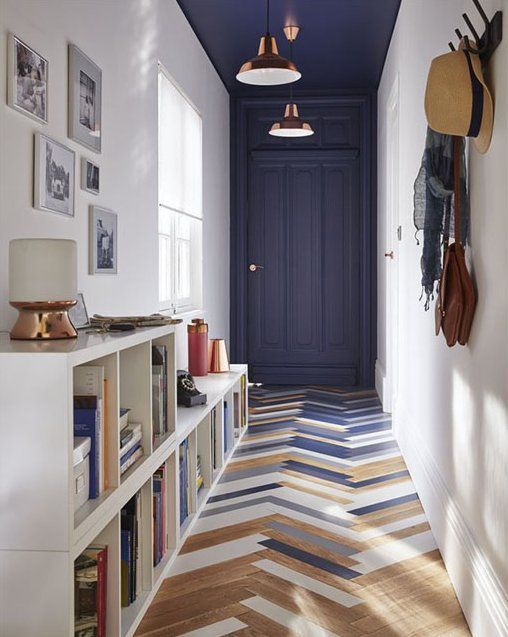 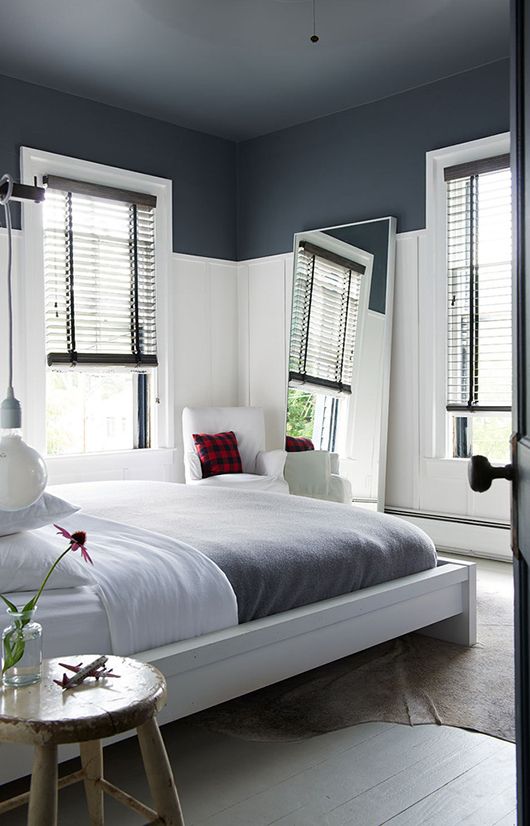 Velvet will always rule as the supreme fabric leader in my book. While the hip factor may ebb and flow, you can’t deny that it will always be cool and have a place in society. Like Britney Spears.

And right now velvet is hot hot. I’m seeing it everywhere – in the living room, the dining room, the bedroom, everywhere. Does this mean you have to re-cover your couch in velvet? No. Get a few velvet throw pillows and drive your room to Glamtown at 100 m.p.h.

This room actually combines 2 on my hot trend list: painted ceilings and velvet dining chairs. And the light fixture? You bet. 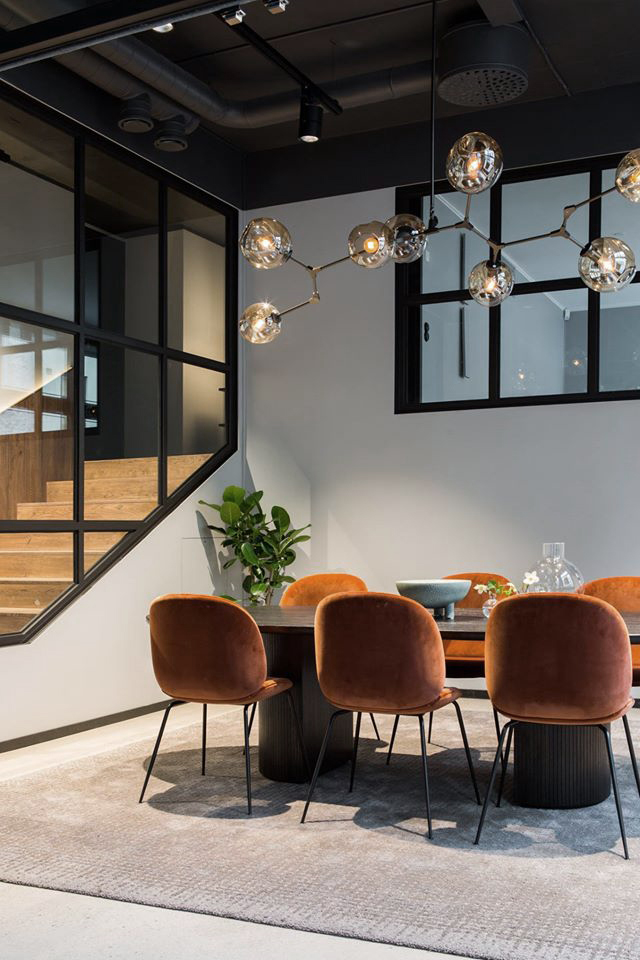 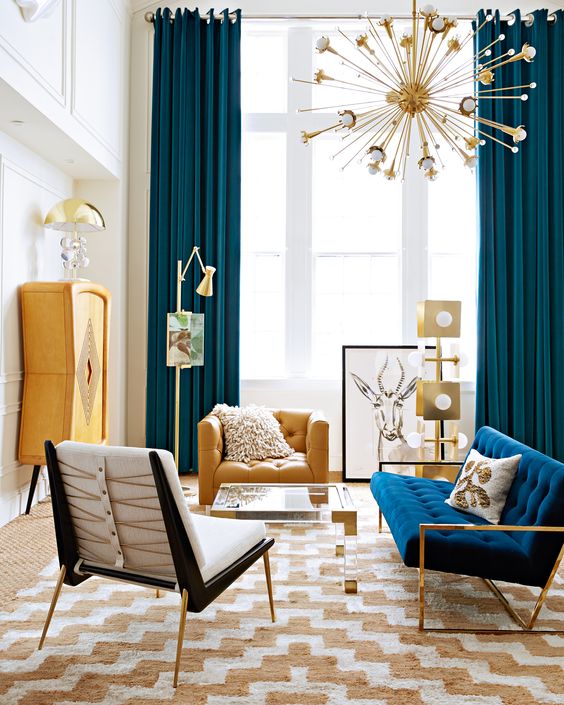 Painted ceilings, wood beams (albeit painted) AND velvet all in the same space. 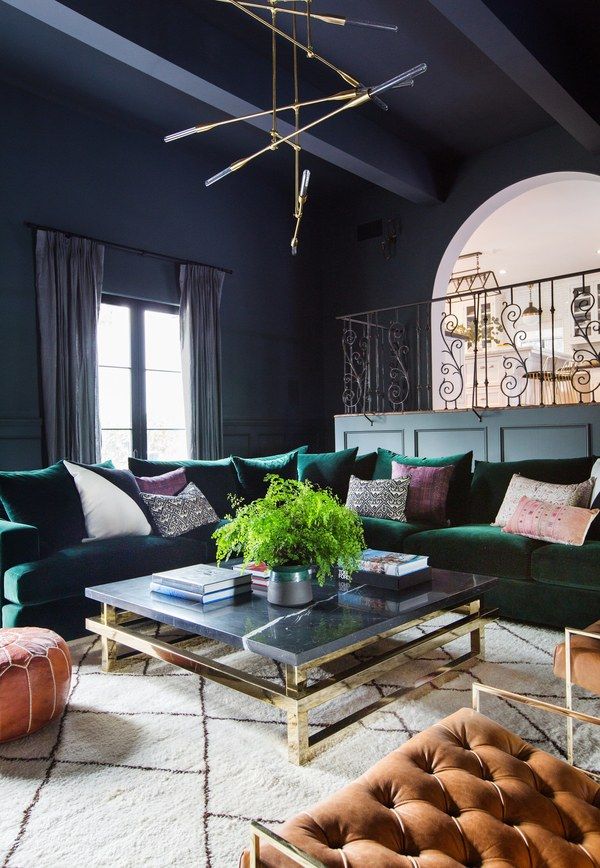 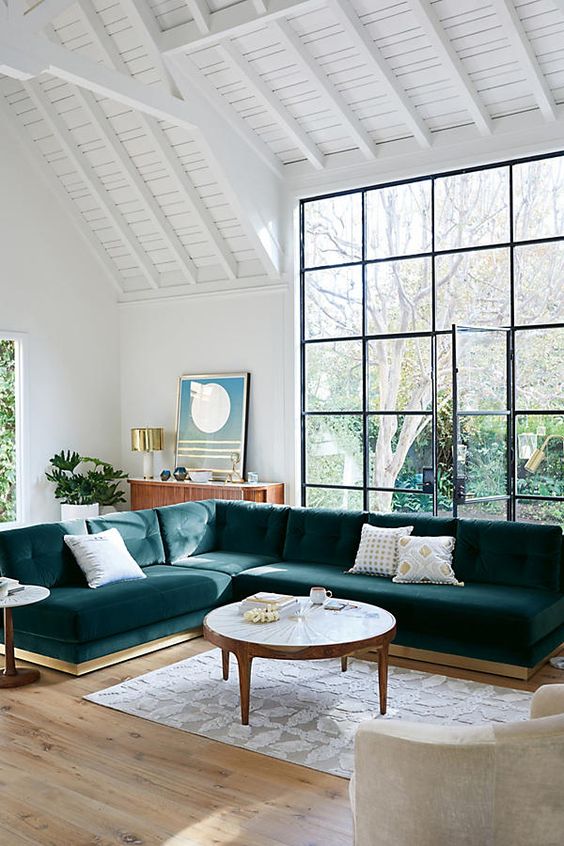 There you have it, three trends that are happening right now. So much better than parachute pants. 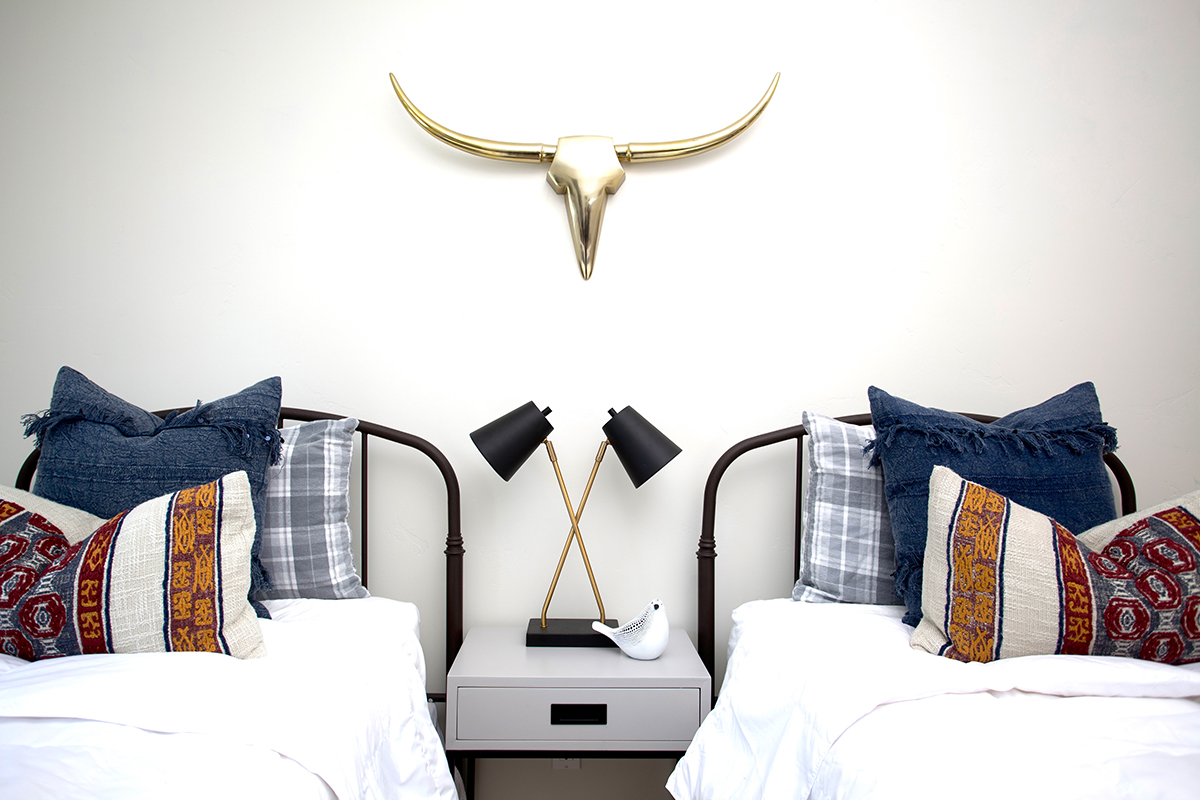 and get all kinds of great design tips

We're continuing with scenes from our latest proje

Sneak a peek at this sneak peek! Now that Instagra

It’s Sunday evening and you may be scrolling Ins

Fun fact: the wall hanging behind the chair used t

Hiya! Here’s a sneak peek at our latest project

If you have vaulted ceilings, don’t feel pressur